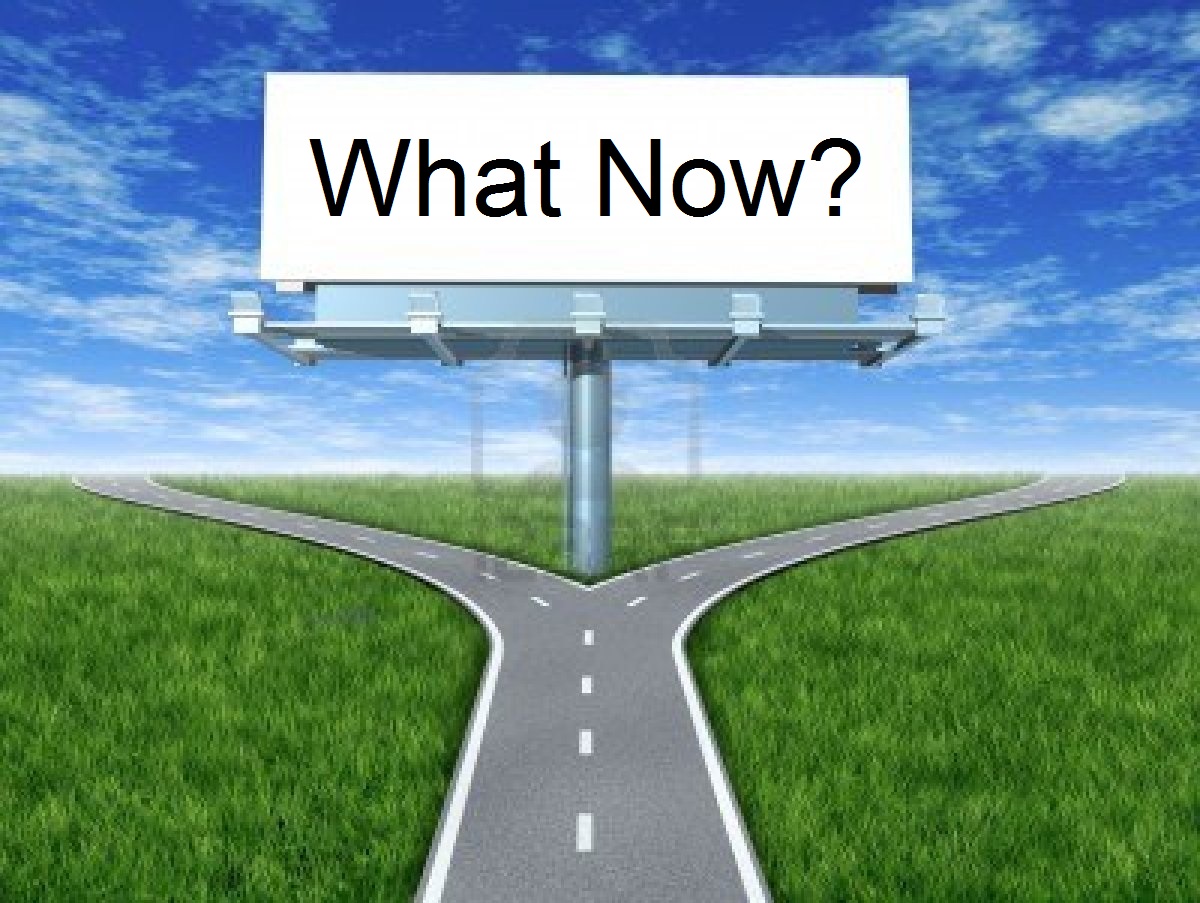 You get some crazy, insane news from your doctor one day. News that comes at you and seemingly runs you over like a mac truck. It’s shocking and somewhat expected at the same time, and you choose to not ignore it anymore, because that’s physically impossible.  You are faced with making a choice. You can take the first or second route. The first is filled with unexpected craziness, things you don’t like, things you don’t feel comfortable with, things that make you want to run. Far.

You are told by your doc that this is the route that you will take, and you will be forced to take it for the rest of your life. He looks at you and says “you will be on disease-modifying drugs (DMDs) for the rest of your life” and just those thirteen words send your mind reeling with all the awful, horrible, no good, very bad things that are going to happen because of it. All you can  think about are the commercials you see with all the pharmaceutical companies telling you every single side effect that could and would happen if you took the drugs. So many side effects that your head could likely spin, and you could levitate at the drop of a hat if you thought about it long enough. Ha. Not really, but really.

The last thing you want is to feel sick because you are on something you’ve never heard of, never read about, and never known anyone who has ever taken it. Not to mention, the seriously long list of options when determining which drug to take, and the giant stack of information that is thrown at you to review and decide upon NOW.  Imagine, you can’t even hardly see the doc, but he expects you to give him an answer on what you’re wanting to do “for the rest of your life” right now. Decide.

So instead, you think. There has to be a way out. This isn’t it. It’s not my only option. There is more, there has to be. There’s way too much out there in this world for this to be it.

What do you do? You search for a second route. You tell your doc that you’re not going to settle for this, and that you won’t be doing anything or making any drastic decisions until you know more about everything. All possibilities. Every way it could go. You need to know before you make a decision and put your life on the road he’s suggesting.

This is how it all began for me, after the diagnosis that I was given by my not-so-understanding-or-compassionate-neurologist. When I said in a previous post that I decided to never set foot in his office again because of the way I was treated, that was true. I have never stepped foot back into his office and never plan to again. I was the 5th person he’d diagnosed with MS that morning in his office, and he had zero compassion, zero understanding of my needs or desires, and zero ability to see past the disease-modifying drugs long enough to understand that there could be other possibilities. So, I said no thank you. See ya never, doc.

Our journey began that afternoon, after leaving his office. We left feeling defeated, exhausted, overwhelmed, scared to death, and confused. It was a completely dark place. I never felt that way in my life, and it was one of the first times I got to console R as he cried into my arms, instead of vice versa. We sobbed together for a while. Thinking and feeling and just being. We held each other up so the other wouldn’t fall to the ground and just sob out of desperation. We would take turns crying so hard our breath was caught short. We would take turns consoling the other while we saw a glimmer of hope that things would work out somehow. We weren’t sure where we would go, but we knew where we weren’t going, and we knew that decision felt like the right one. No matter how scary it was, we knew that we had to make the call and we chose to say no, so that we could say yes to something else.

When we got home, R immediately called a friend of ours, who also happens to be a naturopathic doctor. We asked if there was anything he could do to help, and we knew that diet would be a major focus of this new life. We knew that he would support us with this and that he had some testing he offered to find out which foods were inflaming my body, so that I could stay away from them. It was nice to instantly have someone on our side, and someone to make us feel like we had hope.

DMDs were not hope for us. They were a “quick fix” if you will. A way for the doctor to have an answer when there are no concrete answers. They were a guarantee that life would go the way it was going… in a downward spiral to a future that was very scary and unknown. So saying NO was the best choice I could have made, knowing the two routes that laid ahead of me at the time.

We searched and read and researched and asked questions wherever we could. A few friends who I told early on led me to others who had similar diagnoses as mine, and those people gave me book names to read and information on where to find specific diets that people have seen success with. My husband had read that diet could impact the path of MS greatly, and it was time to figure this out. He was researching it the day the diagnosis was confirmed. We wasted no time. So on I went to start the journey to healing. It is a constant, all-of-the-time thing. It’s not something that is done for a period of time, and then TADA!! ALL DONE! YOU’RE HEALED!!! Nope. Rather, it’s like flip of a switch and now, for the rest of my life, this is the way it will be. I never want to have to experience something like what happened last year again. There is no way that can ever happen. And because I need to make sure of that, something had to change.

What were those changes? I’ll talk about that next. Stay tuned.

This website uses cookies to improve your experience while you navigate through the website. Out of these, the cookies that are categorized as necessary are stored on your browser as they are essential for the working of basic functionalities of the website. We also use third-party cookies that help us analyze and understand how you use this website. These cookies will be stored in your browser only with your consent. You also have the option to opt-out of these cookies. But opting out of some of these cookies may affect your browsing experience.
Necessary Always Enabled

Any cookies that may not be particularly necessary for the website to function and is used specifically to collect user personal data via analytics, ads, other embedded contents are termed as non-necessary cookies. It is mandatory to procure user consent prior to running these cookies on your website.